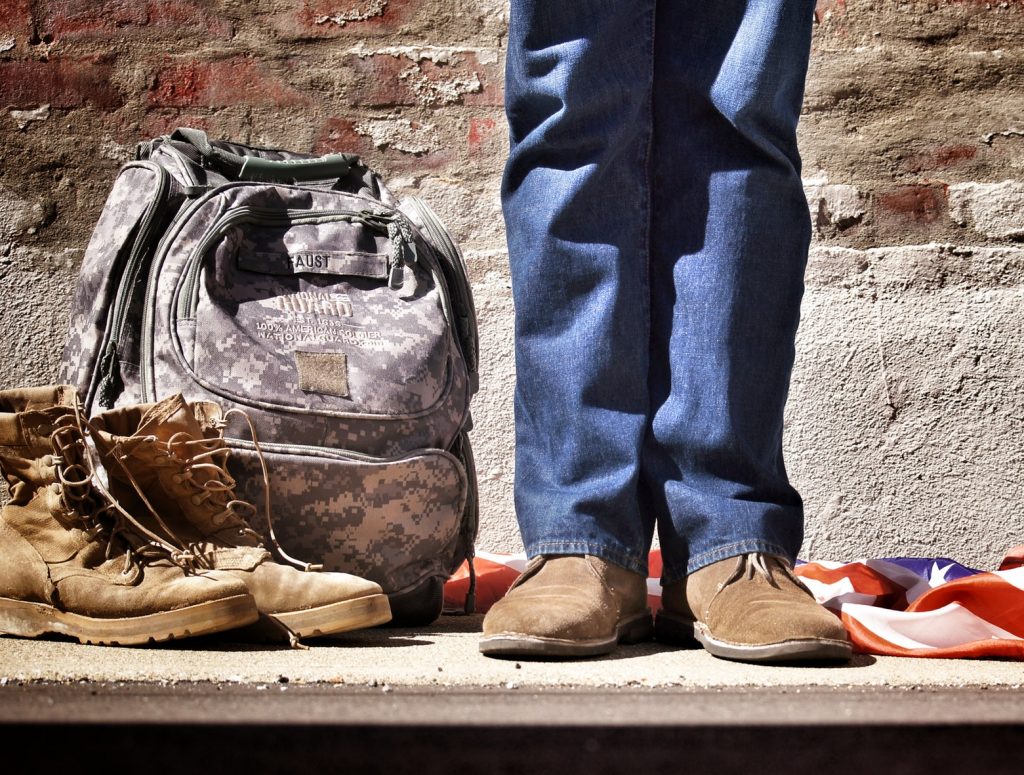 It’s been called shell shock, battle fatigue, war strain, soldier’s heart and, now, post-traumatic stress disorder. PTSD has been called different things over the years, mostly centered around soldiers and their experiences. Although PTSD treatment has been a reality since the 1980s, there’s quite a bit of public misunderstanding. PTSD is a mental health issue that’s often accompanied by a great deal of social stigma; several myths about the condition have contributed to this stigmatization.

PTSD can affect anyone, including war veterans. With up to 70 percent of people experiencing a traumatic event sometime during their life, 20 percent of those people will go on to develop PTSD. Victims of trauma related to physical and sexual assault face the greatest risk of developing PTSD. With one out of six American women being a victim of assault, women face the greatest risk of developing PTSD. Victims of domestic violence and childhood abuse are at an increased risk for PTSD. Children who experience abuse, neglect, or molestation are also highly susceptible to PTSD sometime in their lifetime.

This is a very common myth that, unfortunately, continues to circulate. Many people who experience an extremely traumatic go through an adjustment period following the exposure, allowing them to return to a “normal” life. However, the stress caused by the trauma can affect all aspects of a person’s life, including their mental, emotional and physical well being. Prolonged trauma can disrupt normal brain chemistry and alter it permanently. For some people, a traumatic event changes their views about themselves and the world around them, leading to the development of PTSD. For those in the military, the idea the PTSD is a sign of weakness can often be rooted in an individual’s visceral and emotional beliefs about what it means to be a member of the military; this makes it an incredibly difficult myth to combat. Developing PTSD is not a sign of mental weakness or weakness in character. There’s more factors that go into whether or not a person will develop PTSD other than strength of character. Factors include: severity of trauma, type of trauma, number of traumas, duration of trauma, neurobiology and the strength of the person’s support system. Patients are at an increased risk of developing PTSD is they have a weak interpersonal support system.

Myth #3: You can Get Post Traumatic Stress Disorder Immediately After a Trauma

PTSD symptoms will usually develop within the first three months after trauma– but some patients experience symptoms months or years after the original trauma. In other cases, symptoms can subside and reoccur later in life, most often with victims of childhood abuse. Sometimes, the symptoms of PTSD can go unrecognized by the patient, as many will not associate their current symptoms with past trauma. Of course, experiencing stress reactions following a traumatic event is normal and to be expected. However, for these stress symptoms to be diagnosed as PTSD, they must last for a month or longer. Within the first month, symptoms are usually considered “acute stress”, rather than PTSD, even though they share similar symptoms. Acute stress has a slightly greater emphasis on dissociative symptoms, such as altered sense of reality and inability to remember important aspects of a traumatic event, than PTSD and is usually the diagnosis within the first month of trauma. After the first month, a diagnosis of PTSD can be considered.

Myth #4: Nothing Can be Done to Treat Those with Post Traumatic Stress Disorder

PTSD is actually very responsive to treatment. There are several different types of treatments a psychologist or other clinical staff will try, depending on the patient and their goals. If one type of treatment has been unsuccessful, there are many other to choose from. Options include: cognitive behavioral therapy (CBT), cognitive processing therapy or prolonged exposure.

Sensationalized media coverage and war movies have done quite a bit to spread this myth and perpetuate the “crazy war veteran” stereotype. It’s important to understand that PTSD is not characterized by psychosis or violence, but by coping with the memories and implications of the traumatic experience. Those in the military are often afraid to seek treatment for fear of separation from the military because of the “crazy” stigma. But, most people with PTSD can and do work effectively in their jobs– including military jobs. PTSD is a manageable and treatable diagnosis and does not necessarily mean one’s career is over. There are a lot of misconceptions about PTSD that contribute to the stigmatization as PTSD is a complex disorder. Reconsidering these common myths may help the general public to better understand the circumstances of those suffering from PTSD and help with patients’ healing.