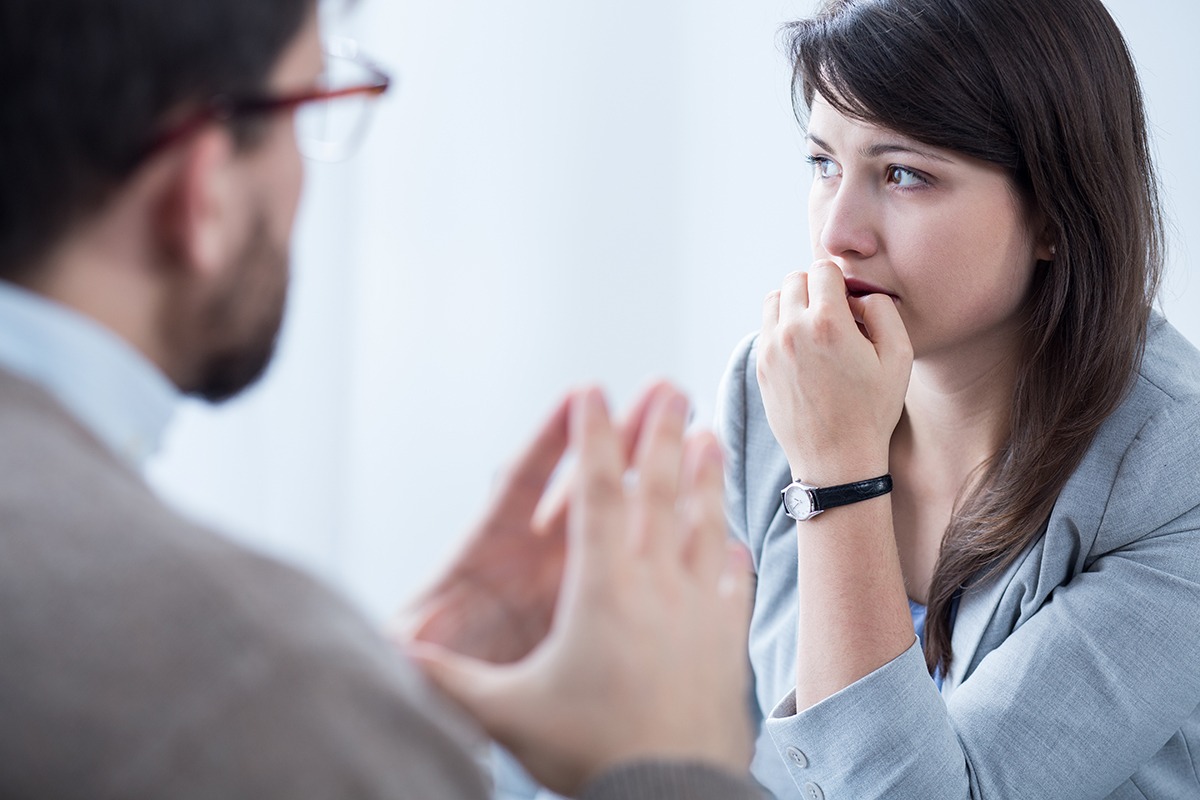 Panic Attacks and How to Treat Them

“I have a panic attack whenever I see a dog.” “I had a panic attack when my sports team started to lose after having a three-point lead.” “I’m pretty sure I have a panic attack whenever I have to give a speech at work.” Panic attacks. We hear the phrase used to describe things all the time. What does the term actually mean? How can we use it correctly? In most situations, while we may feel “panicked,” we’re likely not having a real panic attack. A real panic attack is where someone feels sudden and intense physical symptoms. These can range from a racing heart, sweating, shaking, shortness of breath and more. When we experience these symptoms, we often feel like something is seriously wrong or that we’re dying. Many times people mistake the symptoms of a panic attacks as a heart attack. They will even take themselves to the emergency room.

Symptoms and Causes of a Panic Attack

Symptoms of a panic attack include: Because panic attacks are part of the body’s fight-or-flight response, physical symptoms often overwhelm the emotional symptoms and come on abruptly. Panic attacks can be caused by numerous events or situations. Common triggers can be stressful jobs, driving (especially after an accident), phobias and reminders of traumatic experiences. Also, chronic pain or illness, withdrawal from drugs or alcohol, caffeine, medications, thyroid problems and more can all be contributing factors.

In order to use the right terminology, the first thing to note is the difference between panic attacks and anxiety attacks. While many use the terms interchangeably, they’re actually different disorders. Panic attacks are recognized as a condition by the Diagnostic and Statistical Manual of Mental Disorders (DSM-5). They can be expected, usually triggered by phobias or other external stressors, or they can be unexpected. Having more than one panic attack may be a sign of panic disorder. Anxiety attacks are not recognized by the DSM-5, meaning the signs and symptoms are fluid and open to individual interpretation. Typical symptoms of anxiety include worry, distress and fear. These feelings of anxiety can stem from stressful situations, experiences or events and may come on gradually. Because of the fluid definition, anxiety attacks can differ from person to person. Panic attacks and anxiety may feel similar. That’s because they share a lot of symptoms and can both be experienced at the same time. Anxiety about a situation may build up and culminate in a panic attack when the event or situation finally arrives.

People are diagnosed with panic disorder when they experience panic attacks out of nowhere and are preoccupied with the fear of another attack. They often will occur unexpectedly and are twice as common in women than in men. Panic disorder often begins in the late teen years to early adulthood.

The best way to treat panic attacks and panic disorder is by seeing a psychiatrist. An exam can be done to figure out the cause of the panic attacks and rule out other serious medical issues. After medical causes are ruled out, treatment can begin. Cognitive behavioral treatment (CBT) is a type of psychotherapy that’s useful for treating panic disorder. CBT teaches patients different ways of thinking and reacting to the feelings that accompany panic attacks. Patients learn to react differently to the physical sensations that come with anxiety and the fear that occurs during a panic attack. Then the attacks can begin to disappear. Medication can also be used to treat panic disorder. Medications used can include: SSRIs and SNRIs, while typically used to treat depression, are very effective in treating panic disorder. Symptoms often subside after a few weeks of taking the medications. Beta-blockers work to control the more physical symptoms of panic attacks, such as the rapid heart rate. While not a common prescription, beta-blockers have their place in treating panic disorder. Benzodiazepines are sedatives that are effective in rapidly decreasing panic attacks and their symptoms. Because they can cause tolerance and dependence if used continuously, they’re used very sparingly and only for brief periods of time. Panic attacks don’t have to rule our lives and interfere with our day-to-day activities. There are treatment options available. A psychiatrist can help patients figure out what will work best for them.